You are here: Home / Innovation / 50 shades of pre-specification 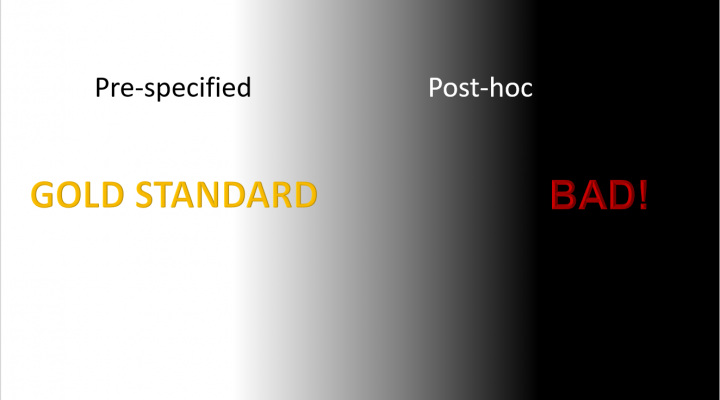 Prespecified=good and post-hoc=bad. This is how we as statistician see it usually and I did too. However, over the past years I realized more and more, that it’s not that easy.

How many details do you need to have to call an analysis pre-specified? Should we label a request to analyse a certain subgroup by regulators as well as a fishing expedition to find a significant subgroup both in the same way: post-hoc?

Lovisa and I together with some others are presenting at the next PSI conference about this topic and today, we dive into this topic and identify different dimension to be considered to understand better the different shades pre-specified analyses.

Listen to this episode to avoid oversimplification and confusion in discussions in the future.

Lovisa gained her initial experienced as a statistician working 3.5 years with AstraZeneca. During this time she prepared and attended two public oral advisory committee meetings with the FDA and one EMA oral hearing for new indications with Quetiapine (neuroscience). Her job also including leading and coordinating big teams of statisticians and programmers under high pressure. A

After AstraZeneca Lovisa joined ImClone for 1.5 years as a contractor working on two phase III trials in oncology. During the restructuring and merger of ImClone and Eli Lilly Lovisa moved over to work as a contractor for Eli Lilly. During her 5.5 years with Lilly she has worked with a number of datamining projects and publications (autoimmune and neuroscience). As well as in the role of lead statistician for the HTA submission of ixekizumab. Lovisa is currently working part time for Eli Lilly and Cogitars.

In parallel, she conducting her PhD at the UMIT University in Austria. Her PhD thesis focuses on methods for evaluating consistency of treatment effects in HTA reimbursement submissions.